We’ve helped our clients leverage the power of difference 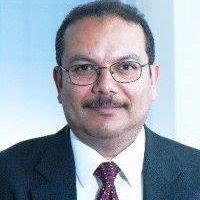 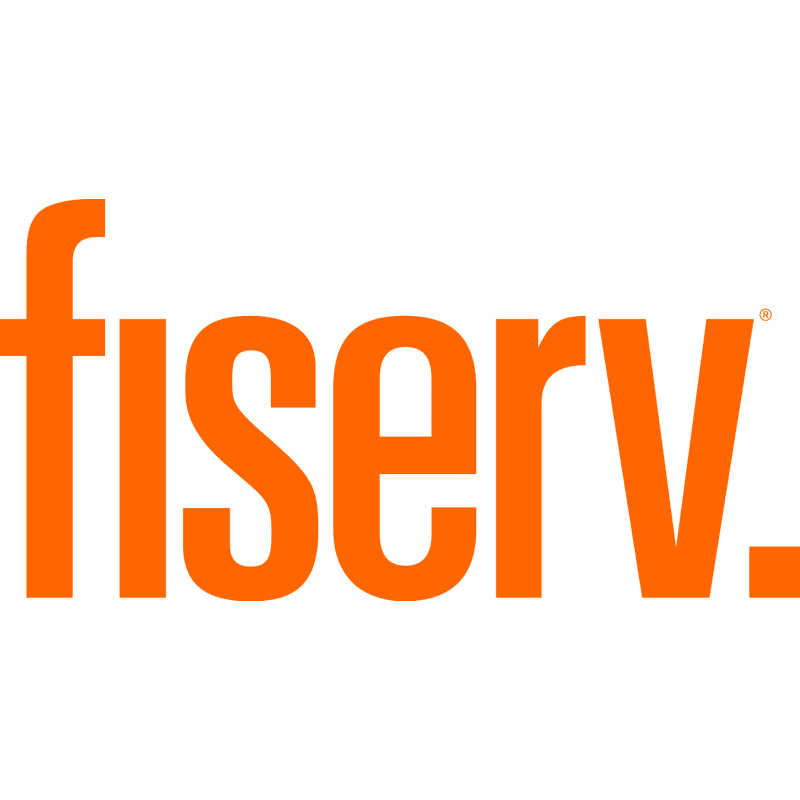 “I hired Vicki Hudson and Highroad Global Services to help our leaders understand, appreciate and leverage the diversity of our global teams located in the US, Costa Rica and India. Following the Highroad intiative, many of our leaders reported positive outcomes such as stronger partnerships focused on long-term goals, improved governance, integration of cultural competency into everyday workflow, reduced defensiveness, proactive relationship building, and effective communication that lead to better results. My leaders who were very skeptical of the need for such a program became the biggest proponents as they saw their own team effectiveness skyrocket.” 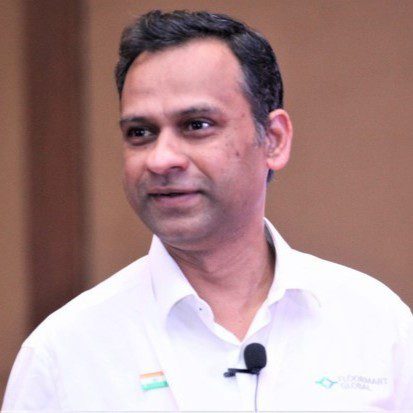 Bekaert Leader from Succeeds in the US

“Vicki Hudson from Highroad Global Services provided executive coaching for me when I moved to the US to manage a sales team. Her advice and recommendations helped me to transition more smoothly into this role, avoid mistakes and pitfalls, and build good relationships with my team members. During the coaching, we ran through various real-life work scenarios and discussed solutions. We also reviewed customs and norms, management techniques, networking, social relationships, the health insurance system, and more. I was able to adapt more quickly to US culture as a result, and this benefited my team and my organization. I would recommend Highroad Global Services to any leader crossing borders!” 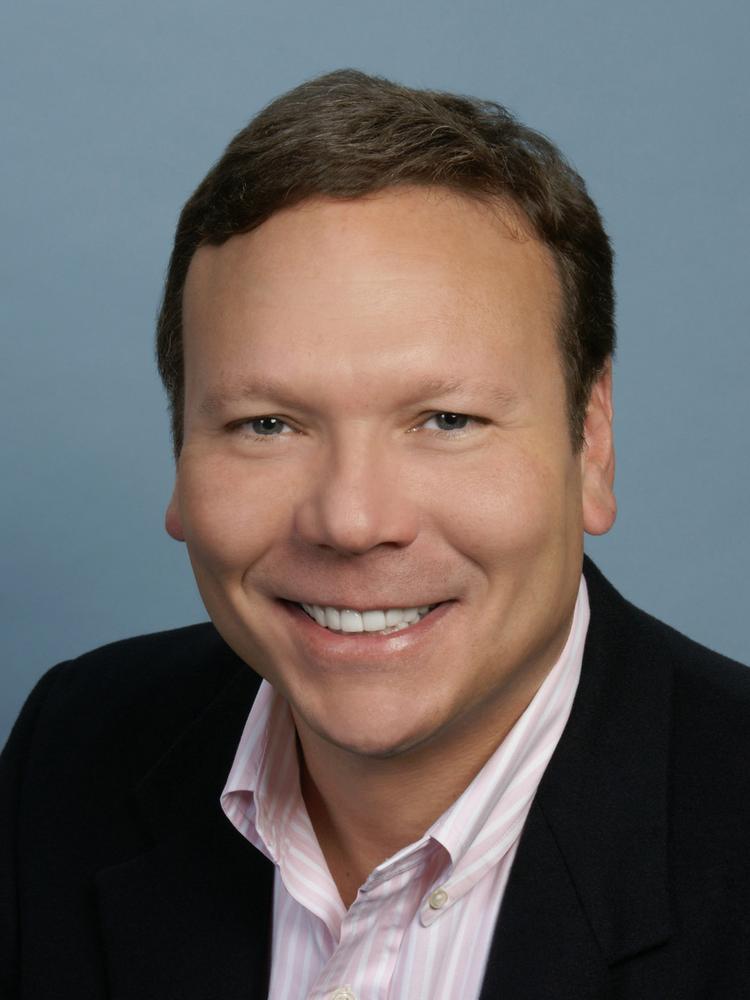 “We continually seek out Highroad Global Services to augment internal communication flow and relationship-building skills across borders. The feedback is always overwhelmingly positive. The Customer Service Institute of America recognized AppRiver for our exceptional customer service and named the company winner of its International Service Excellence Award. There is no doubt in my mind that Highroad Global Services helped us achieve this success.” 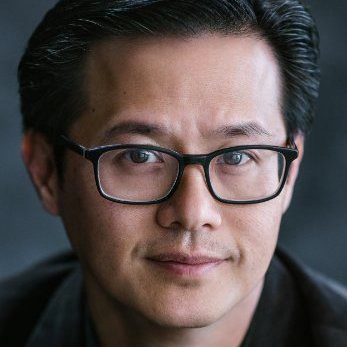 “Vicki is an extremely effective coach. I had more breakthroughs, insights, and self-realizations with Vicki in the last four sessions than my last seven years on my own after MBA school.” 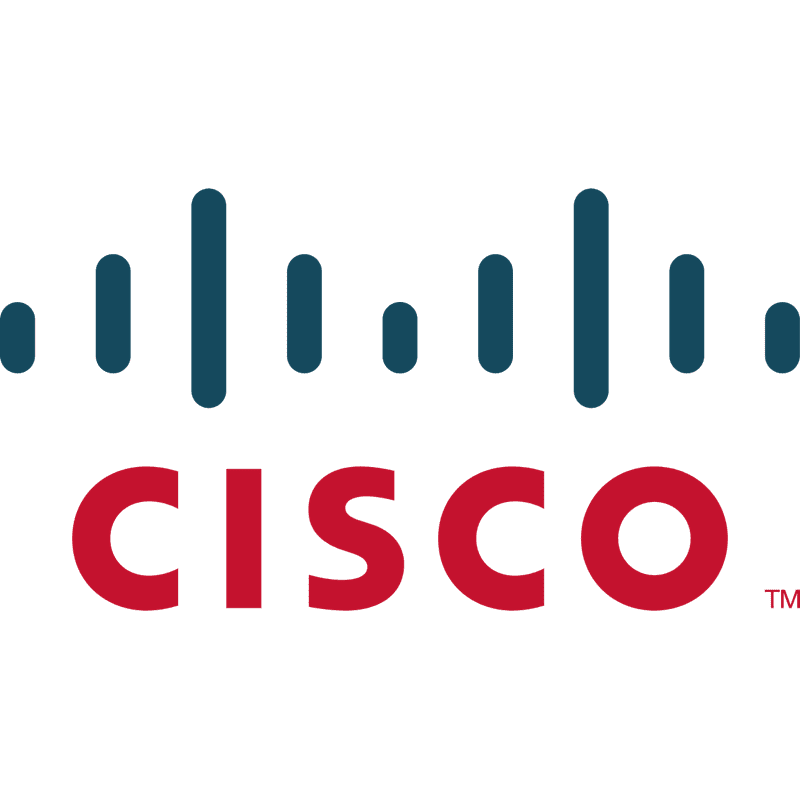 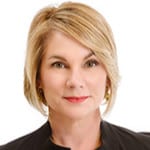 “Our association was first introduced to Vicki Flier Hudson by a member who knew we were looking for a speaker who would appeal to an international audience on the topic of cross-cultural communications. Her session was the very first of the day with attendees representing many different countries and cultures. Not only did everyone immensely enjoy the presentation and express that they learned a great deal, her presentation also set the tone for the rest of the conference that was conducive to collaboration and relationship building that have become cornerstones for that event.” 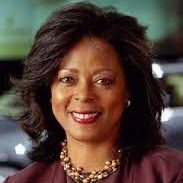 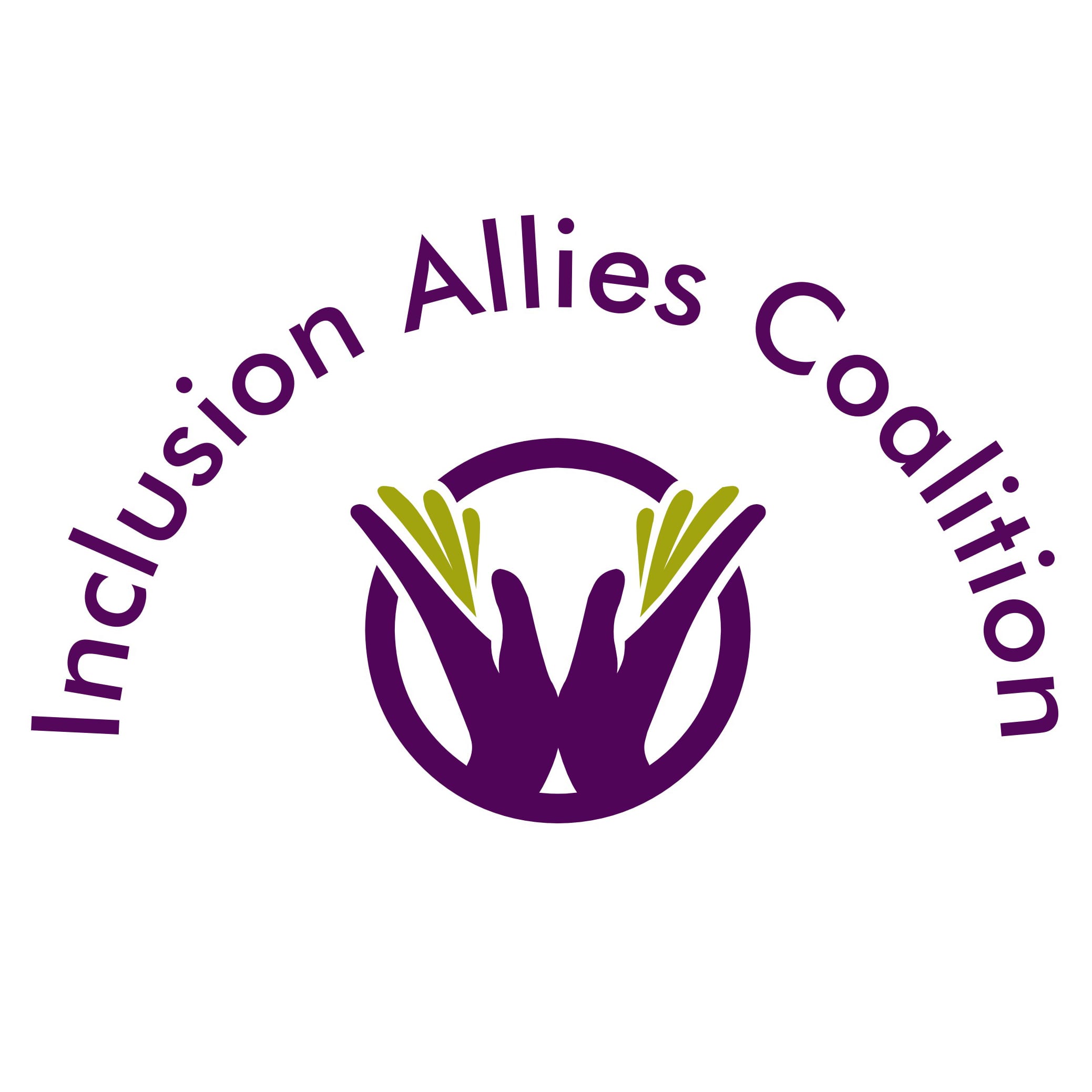 “The Inclusion Allies Coalition had the opportunity to engage with Vicki Flier Hudson at a webinar focused on encouraging dialogues across political differences. We could not have been more pleased with the outcomes. Participants were deeply engaged in the wisdom and insights Vicki provided and in the guidance she offered to become true allies. If you are looking for someone with experience who can build bridges across differences, we recommend that you connect with Vicki. She is a wise, empathetic and powerful speaker. 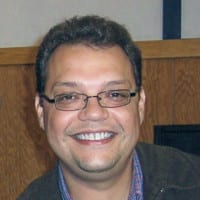 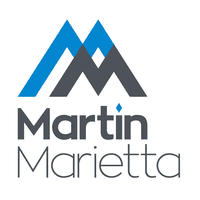 “Our company has been witness to a major cultural shift over the past few years, the result of a very successful partnership with an India-based IT firm. The skills and knowledge this relationship brings have been very fruitful, but not without challenges. Highroad Global Services helped us navigate this complex subject, guided us in methods of creating effective offshore teams, and gave us tools to bridge the cultural gap. Our entire IT staff based in the US and India completed the training sessions, and it was a hailed as a great success. I highly recommend Highroad Global Services to any company in a similar situation. I just wish we had done this earlier!” 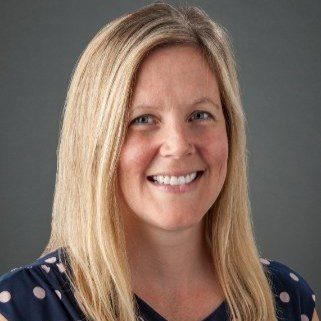 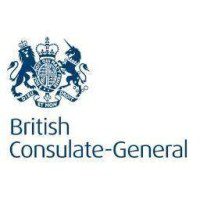 “Working with Vicki was truly eye opening, productive and extremely enlightening. She is an amazing coach, and best of all, an intent listener. Vicki was able to help me identify my fears and point out what to focus on during a presentation. We discussed the significance of why communicating in front of others is scary for some and what is needed to be successful. I would highly recommend working with Vicki, she is truly remarkable in her skill as a coach and has a warm and caring personality.” 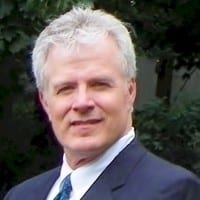 “I was drawn to High Road Global Services because I wanted a local coach with global experience. I found my overall experience to be extremely enlightening and the results profound. Not only did I receive some practical suggestions and advice, which is what I expected; I also received something more, which was unexpected. I walked away with a deeper understanding of myself as well as a wealth of additional resources to further my learning. Thank you for helping me begin to see my real potential.” 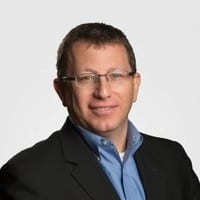 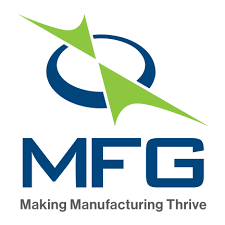 Situation: A recent survey was conducted with MFG.com, an online marketplace that saves clients time and money by instantly matching a buyer’s drawings and specifications to qualified suppliers. The survey asked MFG.com leaders and staff to describe the results they have seen since a series of global excellence programs were brought on site.

Results: Here is what the survey showed about the value this organization gained:

MFG.com’s Senior VP of Global Business Development, Sherwin Krug, had this to say:

“We have seen increased profits and revenues since these programs. Our office in China has now grown to 100 plus employees and employees that travel now do so with greater ease and less fear of creating international incidents. International cooperation including friendships are now commonplace. Vicki is both highly personable and extremely knowledgeable on cross-cultural business and social customs. Her insight was both practical and helpful and will no doubt help the MFG.com team from creating “international incidents” as we continue to embark on our worldwide expansion. Vicki’s has an engaging style and I would not hesitate to recommend her as a presenter to companies large and small.”

An MFG.com staff member said this:

“Our product is released with fewer errors than before. Since training we have formed better relationships with our Chinese colleagues. We have general conversations with each other rather than just talking about work.” 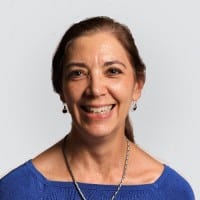 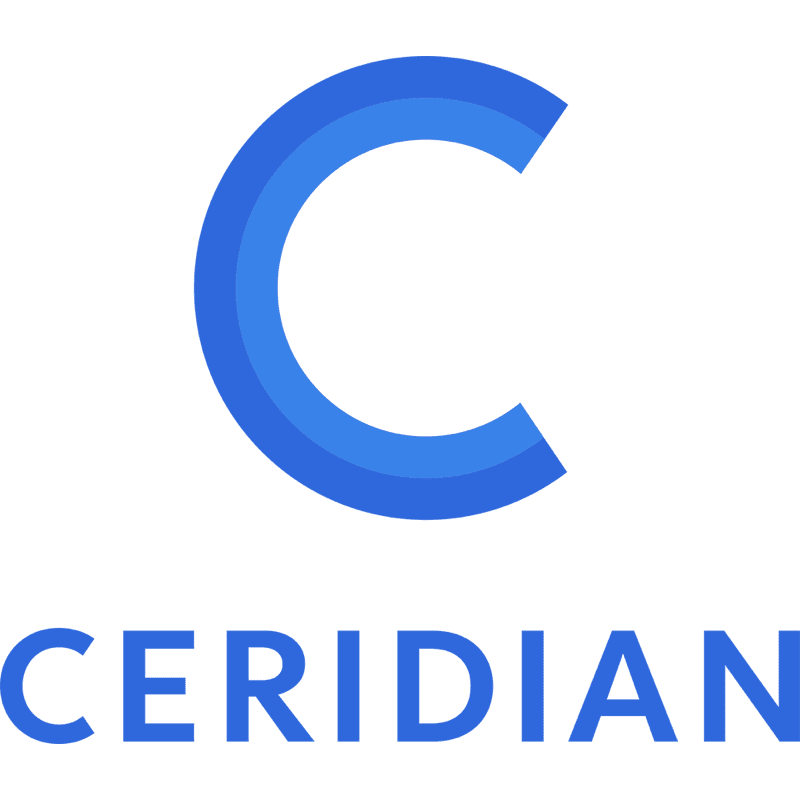 Situation: Highroad Global Services interviewed Lauren Ledford, Vice President of Quality Assurance at Ceridian Corporation, a global company providing payroll, tax, and benefits services. Her team had recently completed phase one of the Highroad Offshore Initiative and we wanted to find out what initial results had emerged. Mrs. Ledford described the situation as follows:

“Ceridian has chosen to pursue an outsourcing strategy and while we have been in that model for several years, delivering many successes and building positive relationships, there is always the opportunity for improvement. With our legacy products, we were also moving towards a managed service model which means greater partnering with offshore vendors, and my personal goal was to make that partnership as strong and effective as possible.”

Results: Mrs. Ledford and other members of the team reported that since the completion of the Highroad sessions and coaching, a visible difference exists between those who attended and those who didn’t. Team members now show a greater willingness to work together and exhibit deeper empathy toward each other, which has led to increased collaboration between the U.S. and India counterparts. The associates who attended the sessions also report improved management of time zone differences and more effective meeting planning. They created a time zone protocol and are already implementing many of the strategies they learned.

Mrs. Ledford had this to say about the Highroad Offshore Initiative:

“The educational program that Vicki delivered in the US has opened my eyes about working with others (and I thought I was a pretty open-minded before). What more, both the Ceridian resources and onsite Cognizant resources who participated have expressed and demonstrated their increased awareness and consideration for cultural differences. I have been amazed by the transformation! Just understanding backgrounds and appreciating its impact on behavior has opened communication. I think of all the confusion and frustrations that could have been prevented had we conducted these sessions earlier.”

Set up a free consulting call to find out how Highroad can help you grow your business.