Let’s Stand Up and Say YES, We’re Biased! Then We’ll Get Things Done 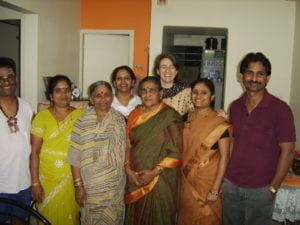 Denial is a powerful force, and human beings are masters at it. This little gremlin comes in many forms. We might avoid having a condition checked out at the doctor because we fear the outcome. We might text and drive thinking “I’ll be careful; I can handle it.” Typically, however, denial leads to negative results. Let me give you an example.

A few years ago I worked with a large U.S. based company with several offices in India. They asked me to conduct a training in the U.S. on leading a cross-border team and bridging cultural differences between the U.S. and India. The participants in my class consisted of 20 or so U.S. Americans and 4 team members from India who had flown in for the training. I was astounded at what I observed.

As we went through the training simulations and discussions, the American team was very open minded. They seemed genuinely interested in expanding their worldview, and many had significant travel experience. They had in the past, however, struggled to integrate their new Indian teammates. Although the Indians were employees of the company (as opposed to offshore vendors) and their presence did not result in any job loss for the Americans, both sides faced challenges in working together to achieve results. This is quite normal for U.S./India teams; which is why I wrote my book! https://www.highroaders.com/zen-and-the-art-of-offshoring-ebook/.

What struck me as odd in the training session was the level of denial about how these challenges were affecting the team. At the same time that these leaders were talking about global teams and the need to be culturally intelligent, no one was engaging the Indian team members. The Indians had flown thousands of miles to be a part of the training and they offered the perfect opportunity for cultural learning, yet no one was taking advantage of it. The Indians ate by themselves, stood around at breaks hoping someone would talk to them, and showed clear discomfort at being excluded in table team discussions. They also looked uncomfortably at the food choices during meals, clearly needing something that wasn’t there but hesitant to ask their hosts. I spoke to them at lunch and confirmed these feelings. They were doing an excellent job of adapting to U.S. culture, but they felt isolated and separate from the team.

Now one might ask, “Why didn’t they reach out more to the American team and engage with them?” A fair question, but consider the power dynamics in the room. The Indians were visitors in the U.S. (some of them for the first time), they were in the minority in terms of numbers during the training, and they knew that some of the American team members subconsciously resented their role on the team. During breaks I spoke to the Indian team, making sure to address any issues they didn’t feel comfortable bringing up. I still observed though that the Indians were “them” in an “us and them” equation.

What would have made this better? Several do’s and don’ts come to mind with regards to welcoming Indian visitors, but that is not where the root of the solution lies.

While cultural knowledge would have helped, a recognition of bias and power imbalance would have helped more. Several of the American team members had significant misconceptions about India and some negative feelings about the idea of transitioning tasks to their Indian counterparts.

All human beings carry bias, so let’s just admit it! I promise that this admission does not indicate that you are a bad person, a flawed leader, a less intelligent student, or anything of the sort. It just indicates that you are human.

If we own our bias or even the possibility of it, we open ourselves to asking better questions, solving problems, clearing out resentment, and using our time to solve problems rather than pretending they don’t exist.

How do we acknowledge bias if it’s unconscious? By recognizing that there is a 99% that it is present.

Try asking yourself the following questions:

While it may not be possible for everyone on your team to have this level of awareness, all it takes is a few. Even one can make a difference.

All together now: “We are biased! We are human! Let us take a step forward.”