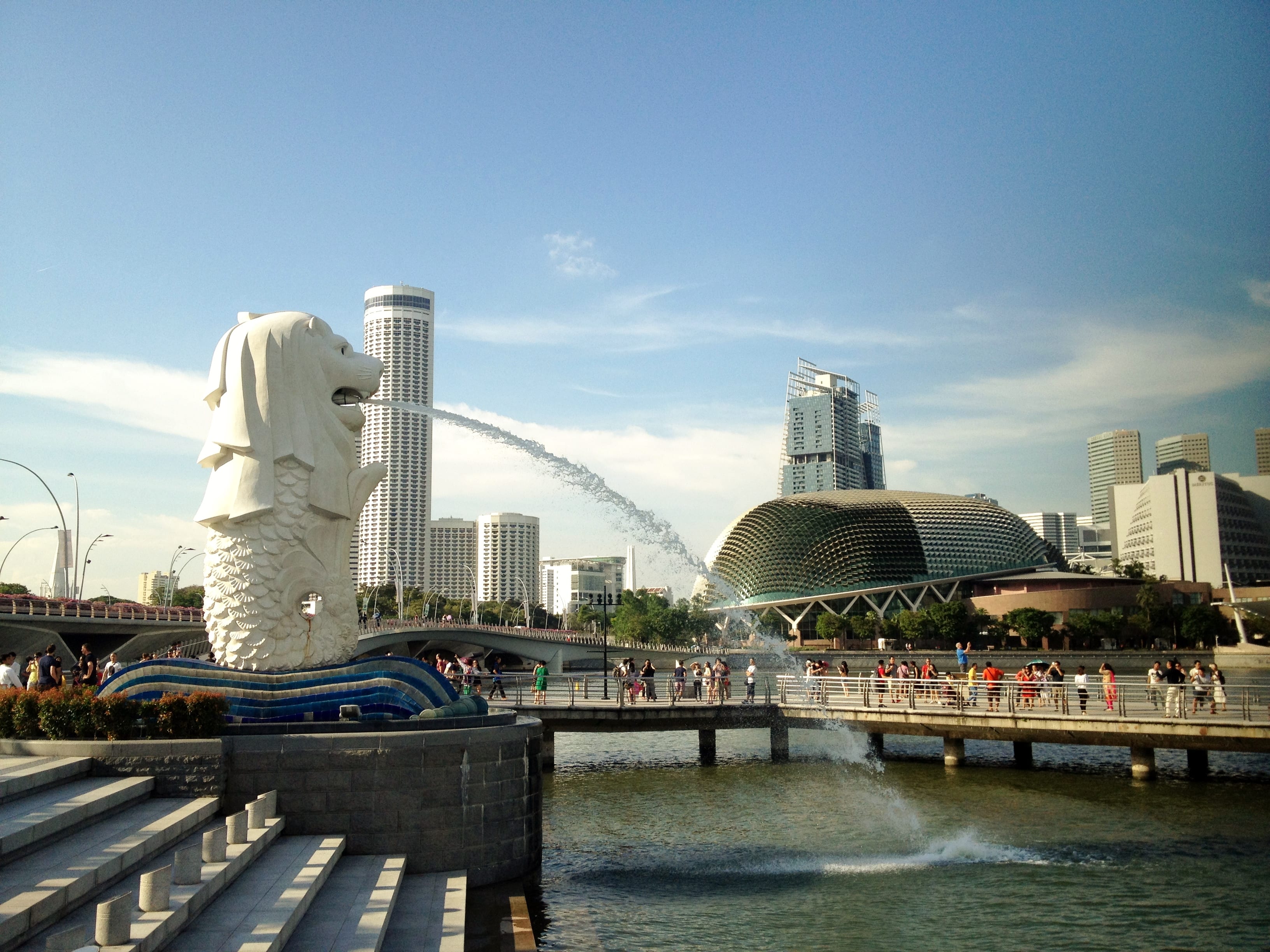 By Vicki Flier HudsonOctober 26, 2016No Comments 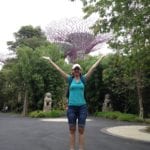 The work of an interculturalist is never dull, but we have to work to stay out of our comfort zone. In my 20’s, all I wanted was adventure; home was a place to store my clothes while I saved money for my next trip to Asia or Europe. In those days I rode every kind of transportation I can think of to traverse the globe: Cars, trains, planes, rickety buses, a camel, a cement truck, tuk tuks, and motorcycles.

At 44 I still love my adventures, but I have a lot more to relish at home these days – my husband, my bands, my friends. But without the infusion of discomfort and expanding perspectives, an interculturalist’s skills can get dull. This year I committed to go to a new country, and a wonderful opportunity presented itself.

A dear friend of mine named Lynn was raised in Singapore, worked in the US, and is now on assignment in China for a large corporation. In all my time visiting Asia I had never been to Singapore, so I asked Lynn if she would consider meeting me there for a visit. She happily said yes, and before I knew it our two other friends were joining in for a reunion of our little group.

My next series of blogs will revolve around this Asia adventure, with each entry focusing on both sights and intercultural learning. Not all of these blogs will be emailed through the newsletter, so be sure to check back at www.highroaders.com/blog for the latest!

After 18 hours of flying we arrived in Singapore’s Changi airport on October 9, 2016. As much as I’ve traveled, I never tire of the thrill of crossing a new border. The act of stepping onto new ground sends sparks of wonder through my whole body, and this was no exception. Greenery covered the walls of the arrival hall – signs of things to come. As we gathered our bags and a taxi whisked us through the night to our apartment, I took in the imagery of Singapore at midnight: Trees along every road, a giant Ferris wheel called The Flyer lit up against the cityscape, the view over the marina, and the tall, angled buildings sparkling like diamonds against the black sky. I could hardly go to sleep. 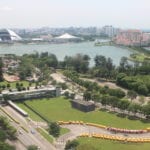 A few hours later, however, we saw the splendor in the light of day. Lynn took us for a long walk around the city and my senses could hardly process all the sights.

First, a little bit about the country. Singapore is the world’s only island city-state consisting of 697 square kilometers (about three times the size of Washington DC). It is a sovereign country, having gained independence from Malaysia in 1965. The population is multi-ethnic, with about 75% Chinese, along with Malays, Indians, and other groups. Singapore has four official languages: English, Malay, Mandarin, and Tamil. It is one most modern, safe, and prosperous countries in the world.

As we walked along the streets I saw the vision and planning that went into building the country, along with the remnants of British colonialism. Images once again flooded my mind: Glass skyscrapers with rooftop gardens, dancers practicing at the National Library, murals of bright colors on the sides of shops, the stunning gold topped Masjid (Mosque) Sultan, food courts called hawker centers with local foods and coffee, towering white churches, and museums everywhere.

Lynn treated us to high tea at the National Kitchen where we got our first taste of just how much we would be eating on the trip! Singapore’s food is second to none, and chef Violet Oon served up crab and chili on toast, curried chicken, tapioca cake with coconut milk, three-layered rice cake, and more. The country’s cuisine is representative of its ethnic diversity, with Malaysian, Indian, and Chinese influences. 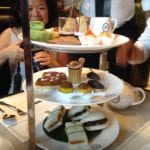 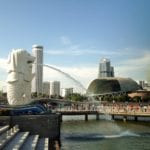 Even on the first day I observed the orderliness of people’s interactions. Young kids take moral education classes in school to learn civic behaviors like standing in line patiently, not littering, and following rules. Even the elevator’s computerized voice apologized for keeping us waiting!

As Singapore has no natural water resources, they have to buy water from the countries around them. That means creating harmony with those nations and their citizens living in Singapore is critical! While that harmony has been largely successful, there are signs of some tears in the fabric. In 2013 there was a racial riot (the first since the 1960’s) in little India, a neighborhood in Singapore, which raised debate about the increasing number of migrant workers there. Those fears and divisions continue today, though perhaps more covertly. 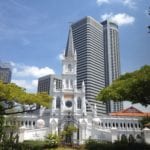 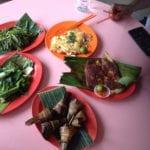 By the end of the day my mind was spinning like a top. I fell into bed to rest up for the next adventure. I’ll be sharing more with you in the weeks to come!

Have you been to Singapore? How was your experience? Please share your comments below.